Whether it’s your first time flying your drone or you have been flying them for some time, you must have seen a controller. Have you ever wondered how the two communicate to keep the drone in the air?

Communication between the drone and controller is often through Radio signals, Wi-Fi, or GPS. The type and strength of the communication type affect how far the drone can fly from the controller.

Knowing the types of communication they use is essential in learning how to control the drone. In this article, I will discuss the basics of these communications. I will also briefly discuss how to fix them in case of any issues.

Here is an infographic just for you for a start,

What Is a Controller?

A drone controller is a remote control that a drone pilot uses. It is the one that makes the drone respond to the command of the pilot.

Another name for a drone controller is a drone radio controller, and it is solely responsible for all the drone’s activities.

Before we know how drone controllers communicate with drones, here are some important terms used in controlling drones that you should understand.

They stand for the four propellers of a drone, and here is a discussion of each and how they make a drone move.

Parts OF A Controller:

Now you know what the controller does, below are the main parts of a controller.

Communication Between the Drone and Controller:

There are three ways through which this communication can take place. Here is a discussion of each.

This communication is wireless, and that’s why the controllers use a remote. The controller sends a radio signal to the drone from the remote control, commanding it on what to do.

It is important to note that in every drone controller, there is a transmitter.

The radio signal being sent to the drone comes from this transmitter and is received by the drone receiver. This is precisely how drones communicate with the controller.

However, for the communication to be clear and consistent, the transmitter and the receiver must be using the same frequency.

In most cases, drones are remotely controlled effectively using low frequencies because they can penetrate denser objects.

Long gone are the days when Wi-Fi was available to computers only. Times have changed, and technology has made it possible for devices to be integrated with Wi-Fi.

Drones are also not left out in this technological evolution, and that’s why some of them are now controlled using Wi-Fi.

Drones that use Wi-Fi are mostly for broadcasting videos to a smartphone, PC, or tablet. Also, a controller can remotely control the drone via these devices.

The only limitation of working with Wi-Fi is that it requires an ultra-high frequency and can’t work further than 600 meters.

This is another way through which drones communicate with the controller. The Global Positioning Technology helps the controller give the drone instructions on which route to take.

A programmed drone can fly in the direction commanded by the GPS.

What Frequency Do Most Drones Use?

How Far Can a Drone Fly from The Controller?

The operating range ranges from a few feet to 5 miles depending on the type and strength of the connection. High-end drones like DJI drones use an advanced communication system known as OcuSync that allows them to fly up to 10 KM (6.2) Miles.

Can Your Drone Be Controlled by Someone Else?

Yes. A drone can be controlled by someone else with or without your knowledge. All they need to have is a remote control.

Nevertheless, you can prevent that from happening by pairing the controller’s transmitter with the drone’s receiver by using a radio frequency identification.

What Are the Main Parts of a Drone

There are many parts of a drone, depending on its type. However, the features discussed below are the ones that are responsible for controlling the drone, without which there will be no communication. Read the discussion of each.

How to Fix Connection Issues Between the Drone and the Controller?

The first thing that you should do is to connect the controller with the drone. However, sometimes the connection fails, and if that happens, here is what you are supposed to do.

Sometimes the software of the drone controller may crash or fail to work. This happens mainly while you are setting the remote.

If that is the case, the only way to resolve the problem is by resetting the remote controller by selecting an older software and then updating it to a new one.

However, you must ensure that you follow the setup instructions as stated on the user guide promptly. Failure to do that might lead to more connection problems between the controller and the drone.

Check the Battery Level of the Controller and The Drone:

Another reason why the controller and drone fail to connect is the low battery level of the two. If that is the problem, you should fix it by ensuring the batteries are fully charged. This should be the first thing you do if you notice connection problems before going to the other tips.

Sometimes the connection between drone and battery might fail because the app is slow.

The only way to fix that is by reinstalling the app by first deleting it from the device. After that, reinstall it and try reconnecting your drone to the controller. If that doesn’t work, you might consider the fourth tip.

Ensure You Are Connecting Properly:

Poor connection is one of the reasons why controller and drone connection fails. This is more so for first-time drone pilots. If that is the case, fix the problem with the steps below.

Check Where You Are Flying:

Flying in areas with lots of electromagnetic interference or lots of other remote communications may affect the strength of the connection between the controller and the drone.

You avoid such areas since if you lose the connection, the drone may fly away.

The effectiveness of any drone in the sky depends on the communication between the drone and the controller. If the transmission is skittish, the drone will not deliver.

And the good thing is, it’s all automatic, all you need to do on your part is proper maintenance, flying within the appropriate range, and you will be good to go. 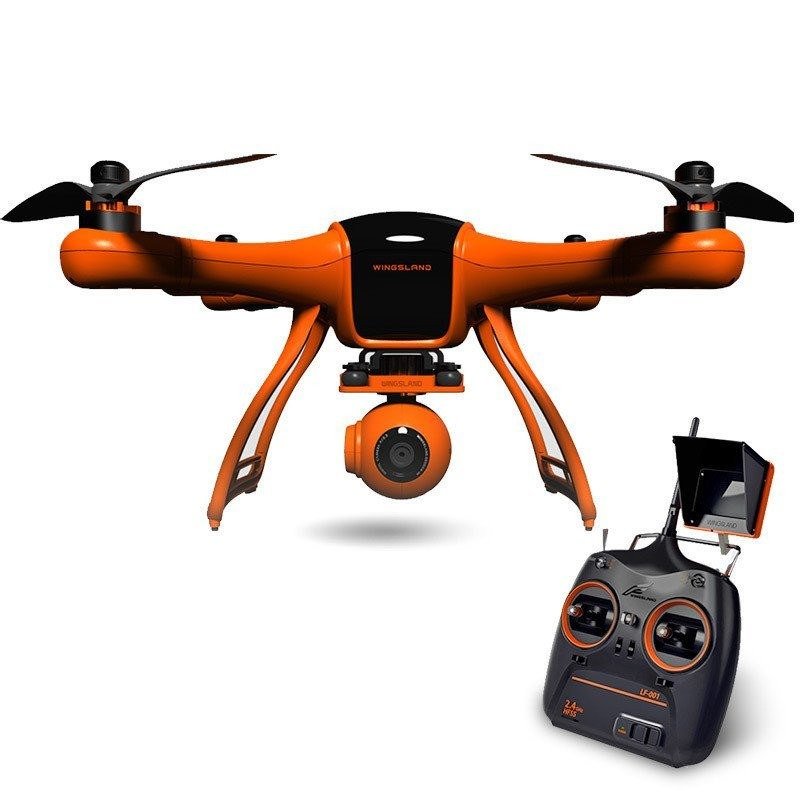 1 thought on “How Drones Communicate With the Controller?”