DJI may be one of the biggest names in the drone industry, but more companies are coming up and giving them a run for their money.

One of these companies is Parrot SA. They aren’t new to the tech industry, and you may have come across some of their drones and other devices.

Recently, several professionals have appreciated Parrot SA’s innovative technology. And they have even struck some major deals that are going to expand their usage in the commercial world.

But who’s behind Parrot SA? And how did they grow to become one of the biggest drone manufacturers? I am going to cover these questions in this article.

Parrot SA is a France-based tech company specializing in a wide range of automated devices.

They are widely known for making drones, but they also manufacture other consumer devices for cars, tablets, and smartphones.

A digital assistant device that integrates voice recognition is one of their famous consumer products. It was even used by Stevie Wonder, the renowned R&B musician.

The history behind Parrot SA:

Currently, Parrot is the leading European drone manufacturing company and one of the top competitors of DJI.

Their drones are widely used both in the consumer and the professional sectors.

They are also known for collaborating with the United States Army to develop advanced drones and surveillance systems, as we will discuss later.

However, lately, they have been slowly exiting the consumer market. This is because it is heavily dominated by DJI drones that occupy more than 2/3 of the consumer drone market.

But their tech is beneficial in professional sectors such as Defense, Surveying, Agriculture, and inspection.

Parrot comprises a team of engineers and designers, and they build all of their products in-house. Currently, Parrot has more than 1000 employees in all of their branches, including their Paris headquarters.

What Is the Value of Parrot S.A. In The Market?

One share currently goes for €4.98 ($6.77). Unlike DJI, Parrot SA is an IPO (Initial Public offering), and the public is allowed to purchase shares.

Some use of Parrot Drones/Product in different industries:

Below are some of the sectors Parrot’s drones are used.

Parrot may not be soaring high in the consumer industry, but they sure are accomplishing major milestones in the Military sector.

The Parrot ANAFI USA is their latest prodigy. It does what it’s built for, from combat support, surveillance, and autopilot.

Parrot SA is one of 6 drone manufacturers selected to manufacture drones according to the United States Department of Defense specifications. So there will be more prototypes like the ANAFI USA.

Around February 2020, Parrot SA won the tender to manufacture micro-drones for the Swiss Armed Forces.

Their experience in building professional drones and their keenness on cybersecurity made them the Swiss Military’s top choice.

The FLIR Boson thermal sensor onboard the ANAFI drones is very powerful. It can detect heat leaks from solar panels, water leakages, substantial damage in buildings, and storm damage in power lines.

The 32X zoom helps the user zoom in to the specific area to analyze the extent of the damage and the best action to take. And the durable construction allows them to work in the harshest conditions.

That’s why Parrot drones are some of the drones being adopted for inspections in the following areas;

Below are some of Parrot’s products;

The Parrot ANAFI drone is one of the best drones for Enterprise Professionals, Military, Security, and First-responders such as firefighters. It’s “ruggedized” for use even in the harshest places.

Below are some of its key features;

The Parrot ANAFI USA was designed in the USA as a Short-Range Reconnaissance (SRR) drone for the United States Army.

With the Parrot ANAFI USA, they will not share without your consent, and the link between the controller and the drone is locked, and it will be tough to intercept it.

Its ease-of-use, lightweight foldable design, extended battery life, and ability to work indoors make it ideal for many enterprise professionals.

The Parrot ANAFI thermal is another drone targeting enterprise professionals, thanks to the thermal imaging capabilities.

The ANAFI Thermal is slightly cheaper than the Mavic 2 Enterprise Dual, and it offers the best value for money to these professionals.

Below are some of its key features;

This is a consumer drone that Parrot introduced to compete with DJI’s consumer drones. While it didn’t manage to beat the competition, it has some unique features that make it worth consideration.

You can also opt for the ANAFI FPV, which is similar to the ANAFI 4K, only that it comes with the FPV goggles for POV flying.

The only deal-breaker about both drones is the lack of obstacle-avoidance mechanisms. So if you want the drone to follow you or are a new pilot, it would be best if you used it in wide-open areas.

Parrot released the AR drones for hobbyists who were looking for more than just a toy.

The first version, the Parrot AR 1.0, came in 2010. You control it through a smartphone app, but there is software for controlling it on a Windows PC.

Parrot AR was highly appreciated by gamers, thanks to the AR.RACE, a gaming platform where players can play solo or compete with friends.

Parrot released the AR 2.0, which was an improvement to the AR 1.0. For instance, it had a resolution of 720p, enhanced sensors, GPS tracking, and the ability to plan a flight path with waypoints.

It was also controlled by smartphone and desktop apps.

Besides the AR.RACE, drone pilots could also play the AR.Rescue that allowed pilots to “fight” virtue enemies.

The AR.Hunter is similar to the AR.Rescue, but unfortunately, it didn’t work on the AR 2.0.

AR drones are also famous in the education community since you can now program and customize their tasks through the API development platform.

Parrot SA released the Bebop drones as an improvement on the AR drones. For starters, it features a 14MP camera, 3-axis image stabilization, stabilization sensors, and it’s compatible with Parrot’s Skycontroller.

And with the Skycontroller, controlling this drone is as flawless as when flying the DJI drones.

Bebop 2 came later (obviously :)), and it flies better, has a more extended operating range, and is also compatible with the latest Skycontroller 2.0.

Bebop 2 has a 25-minute flight time, which is excellent, and a 24MPH top speed.

Parrot Bebop 2 also came with a standard 1080p video quality and a 14MP camera. Considering some of the drones from its competitor, DJI, these qualities may not be the best. But Parrot Bebop drones come at a lower price.

Parrot Disco FPV also has a 1080p resolution, and it’s compatible with FPV goggles. Even though they discontinued it, you can still find used drones on sale.

Below are some of the notable minidrones from Parrot SA;

This is a mini-drone that you can also convert to a mini-boat. It’s great for exploring aquatic life or just gliding in the swimming pool for fun.

And when you’re done, detach the “boat” attachment and fly it like a regular drone.

This is a small robot/drone with wheels and the ability to jump and perform other tricks.

The Drone also features a camera for recording videos and taking photos. It’s controlled through an app, and it’s a perfect way to have fun indoors or at the park.

The rolling spider drone is similar to the jumping sumo, but it has larger and removable wheels.

Parrot SA may not have the lion’s share of the drone industry, but they have carved their niche in the utility/enterprise sector. And they seem to be doing well in it.

Currently, more than 60% of their revenue comes from commercial drones and the deals they have with the US and Swiss militaries. 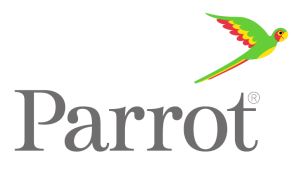