Amazon is the leading e-commerce platform in the World. Launched in 1994, it has grown to become one of the largest online retailers dealing in goods, streaming services, and even Artificial Intelligence.

They couldn’t have gotten this far if they didn’t leverage emerging technologies in getting ahead of other companies and one of these technologies is the use of drones.

The speed of delivering items has become a major determining factor in a customer’s buying habits. And responding to this, online retailing companies started adopting drones for delivering the items in the customer’s backyard. Amazon didn’t lag behind, and they launched their drone delivery service, Amazon Prime Air, in 2016.

They were recently given the green light by the FAA to deliver packages in areas out of their line of sight.

They believe this will go a long way in improving their delivery speed and lowering shipping costs for their customers.

Are Drones Safe For Delivery?

The application of drones in delivering packages has caused a stir in both consumer and retailer communities.

Even though their benefits outdo their challenges, there are some issues you can’t ignore.

Let’s look at some advantages and disadvantages of drone deliveries.

Unlike vehicles that have to go through traffic and follow a specific road, drones have no particular route. They get to be quicker, and they can follow the shortest routes, delivering the packages in less time.

Drones will reduce the number of trucks used to deliver the packages. This will reduce traffic congestion, which is an issue in major cities around the World.

Delivery trucks mostly use diesel, which contributes to carbon dioxide and other greenhouse gas emissions when burnt. Since fewer trucks will be in use, there will be less pollution.

Drones use batteries and are cheaper and easier to maintain compared to fueling trucks. The reduced fees will also lead to lower prices of the items to customers.

Drones have fewer chances of crashing into each other or even into obstacles. Some of them even have obstacle avoidance devices. Even when they crash, they may not cause as much damage as a truck would.

Drones use cameras and GPS to fly to the destinations. Some people are uncomfortable with these devices flying over and spying on their homes

Drones face many regulations. For instance, there’s a limit to how high they can fly. They also need permits flying publicly  or congested areas. These restrictions may limit the drone’s operations.

Drones can’t fly in strong winds or when it’s raining. This is because they can easily crash, and you’ll lose both the drone and the package.

A drone’s battery lasts less than 30 minutes. So, it may be impractical in delivering packages in areas that are very far from the depot.

What is Amazon Prime Air Drone?

In 2013 in a 60-Minute episode, Jeff Bezos, Amazon’s CEO, announced that drones would be delivering packages to customers within five years. However, it took longer than that since it hasn’t materialized.

The long wait came closer to reality on August 31, 2020, when the FAA approved Amazon Prime Air to start using their fleet of drones to deliver packages.

The FAA is the regulatory body responsible for regulating the use of UAVs in the American airspace.

They require drones to fly at a maximum altitude of 400 ft and a top speed of 100mph. The FAA granted Amazon permission to test their UAVs in 2015, and they have been testing their drones since then.

This approval is signified with the Issuance of Part 135 Standard Certification. And it means that Amazon has met all the safety requirements for using autonomous drones to deliver packages.

As we know. Amazon is not the first company to receive this certification. UPS and Google’s Alphabet Wing received their certifications in 2019.

The current Amazon Prime’s drone can fly up to 15 miles, and it can carry a maximum weight of 5 pounds.

Amazon’s drone is not like any other drone I’ve seen or used. It has gone through several upgrades, and the latest drone has a hexagonal design.

Amazing drone is designed to transform into a vertical helicopter-like position and then back to the usual drone position when landing. It also uses six rotors.

They introduced the latest drone at the re: MARS Conference in 2019. It may be slightly different from the previous prototypes because they are continually improving the drones for efficiency and safety.

What’s more impressive about this drone is the numerous sensors that enhance its safety while making it more independent and efficient as an autonomous drone.

They also included machine learning, which allows the drone to “think” and make decisions that aren’t pre-programmed.

It is an in-house built drone. Amazon didn’t outsource any of its design to third-party companies. I guess that’s why it took too long and why it turned so great compared to other delivery drones.

Amazon Prime Air  drone is designed to be aware of its surroundings at all times. It has high-quality cameras, thermal sensors, ultrasonic sensors, machine learning, and GPS.

The drone is even designed to land by itself. It finds a suitable landing zone, and if there’s someone or an object on the site, it will abort or delay.

If one of its components has malfunctioned, the drone can also decide to abort and fly back to the home base.

They did thousands of tests and simulations of various scenarios making it one of the best drones for delivery.

Are Drones Delivering Packages for Amazon?

Since they recently got their FAA approval, Amazon drone delivery service is still in development and hasn’t been officially rolled out. It is still undergoing testing worldwide, where Amazon is striving to achieve their deliveries within 30 minutes of ordering.

The drone will be a game-changer considering most deliveries take 1 to 2 days. Getting FAA approval shows how serious Amazon is in making drone deliveries a reality.

How Does Amazon Drone Delivery Work?

As mentioned earlier, these are autonomous drones. Amazon plans to have fulfillment centers or depots where they will house the various products.

So, when a customer orders, the package is packed into the drone. The drone will then follow an automated track and take off just like a plane would.

Using the GPS, sonar, and thermal sensors, the drone finds its way to the customer’s residential area.

Once it gets there, it will scan the landing area to make sure it’s safe. It can detect even hanging lines that might be along the landing area. Once it delivers the package, it will be ready to fly back to the fulfillment station.

The first Prime Air drone delivery took place in Cambridge, England, and it used the process I just described. During the trial, Richard Barnes ordered an Amazon Fire TV, and it was delivered within 13 minutes.

Now that is an indicator that drone delivery could work when the proper systems are in place.

What Is the Future of Drone Delivery?

Drone delivery is certainly not where Jeff Bezos predicted seven years ago, but it has come a long way.

The FAA is also working on making its laws more favorable for commercial drones, especially those that require certain exceptions to accomplish their goals.

More companies are now using drones to deliver packages like pizza, electronics, and other lighter items.

Even though some people are worried that it will take away a lot of employment opportunities from the logistics department, it will take years before that happens.

But drone delivery seems to have had more impact in the medical supplies sector. An excellent example of companies thriving in this sector is Zipline. They started by delivering medical supplies in Rwanda and Ghana, and it was very successful.

They replicated this success with Novant Health in delivering medical supplies in Northern Carolina.

Recently, Zipline also partnered with Walmart to deliver groceries and other household products during the COVID-19 pandemic.

I think drones are the best thing that could ever happen to the delivery sector. Due to their compact size, they can access areas where trucks may not manage to access.

And they are also way cheaper to run and maintain. Amazon and other retailer companies might be a long way from fully utilizing them for even heavier packages.

The FAA and the retailers are striving to make it work and their efforts show that the future of drones is now.

However, I also think Amazon should consider bringing in a third-party drone company or partner with a retailer. Doing this might speed up the rolling out of their drone delivery service compared to designing and building the drones themselves. 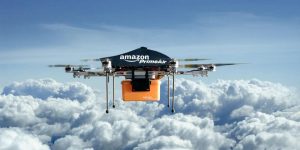 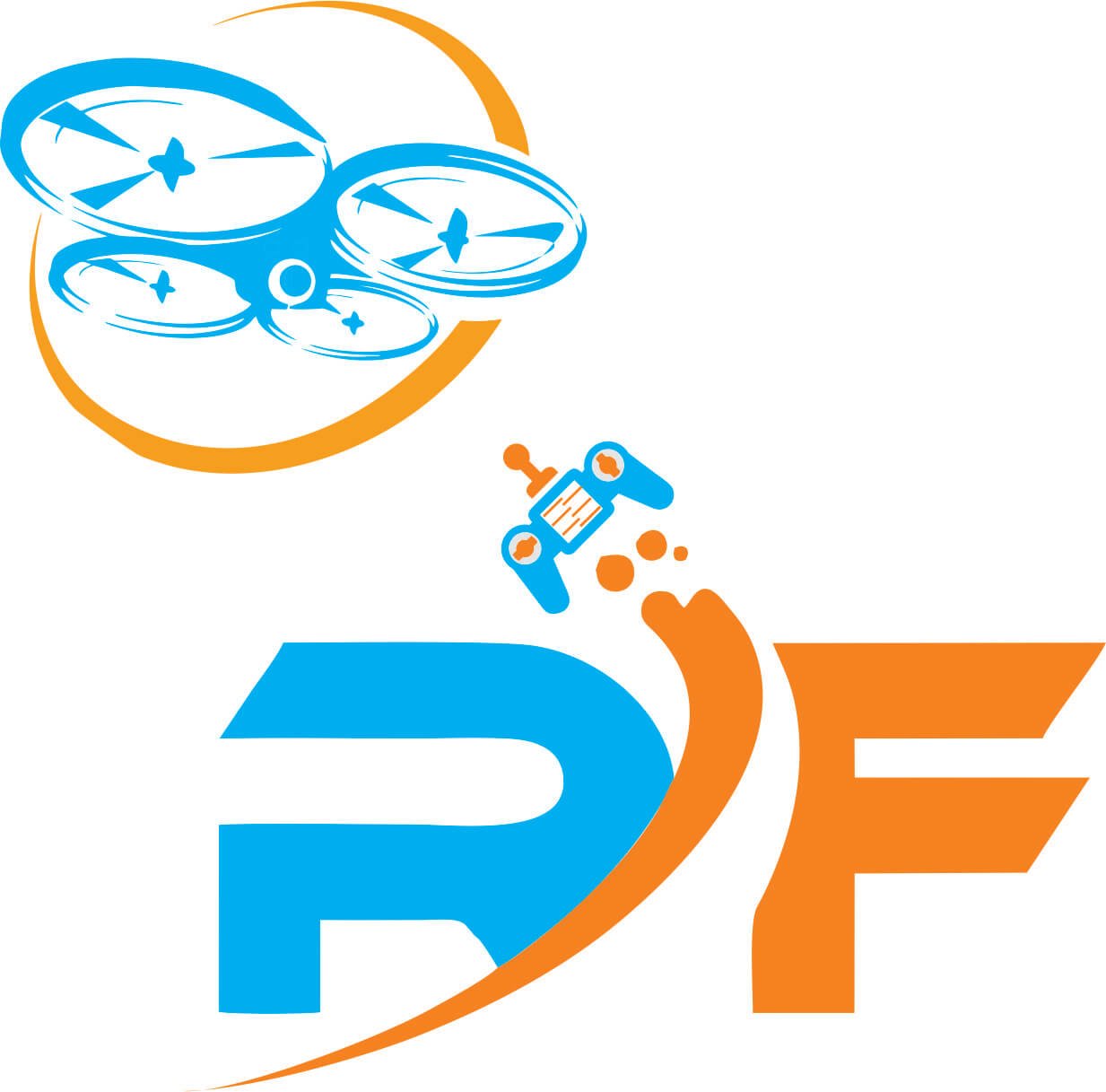