Can drones be detected by radar? We’ll find out about that in this article.

There have been several incidences of drones flying into controlled air spaces. Some examples are the drone that crashed into the White House in 2015, the drone caught trying to transport drugs across the US/Mexico border in 2015, and the drone that almost collided with an Airbus at London Heathrow’s Airport in 2014.

These, and many other incidents, raise the concern, if the drones were detected earlier, couldn’t it have helped prevent the accidents. So, can drones be detected by radar?

Yes, they can. There are specific radar systems designed to detect the reflectance and flight pattern of a drone. However, tiny toy drones are not always easy to detect. It takes more than radar systems to control the airspace.

Please keep reading to find out more about drones and radars and other ways to detect them.

How Do Radar Systems Work?

These electromagnetic signals are similar to phone Wi-Fi signals, only stronger. These signals will bounce off any object they come across, whether a bird, a large plane, missile, or even a drone, just like sound bounces back, and you hear an echo.

Once the signals are reflected, the antenna picks them up amplifies them to make it easier to identify the object’s size and movement pattern.

Radar systems measure both reflectivity and velocity. Reflectivity is the amount of reflection (precipitation) in the region. And velocity is the speed and direction the reflection is coming from. So, you not only detect an object, but you also track its movement.

How Does (RCS) Radar Cross-Section Work?

The larger the amount of signal that’s reflected to the system, the higher the RCS. RCS is determined by the size of the object and the materials it’s made from.

The shape of the object also determines the angle at which the signals will be reflected. Aircraft are large and made of metal. That’s why they are easier to detect. This is because metal reflects electromagnetic signals.

Drones, on the other hand, are small and made of plastic. Radar signals are known to go through plastic, cloth, and fiberglass, instead of being reflected.

The only parts that can reflect the signals in a drone are the battery and maybe the motor or blades if the drones have metallic blades.

How Can a Radar Detect a Drone?

There are specially designed radar systems with a high resolution that can detect even the lowest amount of reflection from a drone.

Drones also have their specific reflection signature, which is different from birds and other small flying objects and can be used to single out false positives of other objects.

These advanced systems also use machine learning and AI to detect drones and eliminate false positives automatically. Better yet, you can combine radar systems with GPS systems to provide accurate positioning of the drone, making it easier to track its movement.

How Far Can Radar Detect a Drone?

It depends on the RCS and the size of the drone. A drone as large as the Phantom 4 can be detected from 1 Mile away.

But small drones may need to get close to the radar system for them to be detected. How far the radar can detect also depends on the weather conditions.

When it’s raining or foggy, the radar may not be that effective in detecting the drone.

So, this raises the question, can radar detect small drones? Again, this comes down to the RCS of the drone.

Due to their small size, they may not be that easy to detect, but with the latest technological advancements, you can combine Radar and AI to predict how a drone can move and detect it from the rest of the clutter.

Will Radar Detect All Types of Drones?

Other Ways to Detect and Stop Drones

While designing a radar system to specifically detect drones might be a good idea, it’s not always effective on its own, and it’s pretty expensive to run a 24/7 360 degrees radar scan for drones.

However, you can combine various technologies to improve the chances of detecting a drone. Below are some of them.

An RF sensor detects the radio signals involved when a drone is communicating with the controller. The communications between drones and controllers can be through Wi-Fi, radiofrequency, or Bluetooth.

The communication protocol between a drone and a controller is different. So, as long as you have this protocol in the database, the RF sensor will detect a drone.

There are two types of RF sensors, the one I just mentioned that has a database, and another type that decodes/hacks the drone’s to get data such as altitude, GPS location, and other telemetry data to identify it.

Hacking a drone is not allowed in the USA. DJI designed the DJI Aeroscope, which decodes DJI drones, but you need to be authorized to use this system. 911 Security also deals with both RF sensors and Radar systems for drone detection.

The only downside to this system is that some drones may have encrypted communication links, while others may lack communication with the controller (like when dealing with autonomous drones).

This is where drones are detected based on the sound they produce using a series of microphones. If you’ve flown a drone before or watched drones flying on YouTube, you’ll realize they have a unique buzzing sound that’s not hard to miss if you’re within 30 feet of the drone.

The only problem is that if you’re in an urban center, close to a school, or in any other noisy region, it will be difficult to hear the drone approaching.

You can use high-resolution video cameras and algorithms to detect drones based on how they move. However, this is not easy since the camera tries to detect anything that moves, which means they may detect birds and other unnecessary objects. But with Machine Learning and AI, you can “train” the camera to only look out for drones.

If the drones emit some heat, you can use thermal cameras to detect them from up to 350 feet. However, not all drones emit an amount of heat that can be detected.

Below are some techs used to neutralize drones in the wrong territory.

This is a device which sends signals towards the drone. These signals surround the drone and cut off the communication between the drone and the controller.

After that, the drone will fly away, initiate the RTH (return-to-home), crash-land, or crash into any surface. However, you have to be very close to the drone for it to work, meaning it will not always serve its purpose.

This device sends the “wrong” coordinates to the drone. This allows the user of the spoofer to take control of the drone and even direct it to other coordinates for capture.

A good example is when the Iranian Government spoofed a US military drone and made it land in their camp.

These devices release an EMP (Electromagnetic Pulse) that interferes with the overall operation of a drone. This includes communication, circuitry, etc., which will eventually cause the drone to crash.

However, EMP devices are there to neutralize electronics. So, if you have phones, laptops, or any other devices around, they will be affected.

This is a more physical method of capture where you actually throw a net at the drone. You can throw the net from the ground or fly a drone carrying the net towards the intruding drone and fire at it directly.

This is quite effective as long as you manage to aim at the drone. However, you risk damaging the drone’s blades once the net catches them.

And there you have it. Drones can be detected by radar. But the radar system needs to be tailored for drones since they are small and aren’t that effective at reflecting electromagnetic signals. 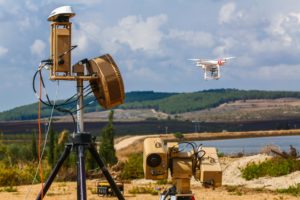 Article Name
Can Drones Be Detected by Radar?
Description
Drones can be dangerous sometimes but also very useful in many cases. Here we talk about if drones can be detected by radar or not
Author
Nick Cast
Publisher Name
Remoteflyer
Publisher Logo 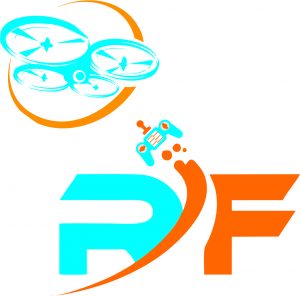