Thinking of importing drones to India? Well, I have some bad news for you. So let’s cut to the chase. Can drones be imported to India?

However, there were exceptions granted for the sake of research and development, security, and defense purposes. Thus, these sectors are allowed to import foreign drones.

The ban took effect on February 9, 2022, through India’s Ministry of Commerce and Industry. Consequently, approvals for imports for exempt drone components are subject to authorization by the Foreign Trade Directorate General.

As the country expresses its vision of becoming the global hub for drones by 2030, here’s what you need to know about the drone imports ban:

Can Drones Be Imported to India?

India’s government banned importing drones. Consequently, this led to the blocking of drone supplies from SZ DJI Technology Co, one of the world’s top-ranked drone manufacturers from China.

This, therefore, encourages drone production in the local industries. It still may not be clear how India intends to achieve this, but there’s increasing momentum for initiatives promoting self-reliance.

Also, in increasing the homegrown drone supply, a PLI (Production Linked Incentive) worth Rs 120 crore was announced. In addition, the government expects drone investments generated to go up to Rs 5,000 crore or more.

Furthermore, the target includes creating over 10,000 job opportunities in the drone sector.

What Drone Imports Are Banned?

The Indian government has banned the imports of SKD, CKD, and CBU drones. If you’re looking to import drones indicated on the exemption list, then you’re required to obtain the necessary clearance.

India falls in the category of countries across the globe working to find alternatives to products from China.

Hovering drones are a famous sight in Indian weddings and movie filming. With the onset of the Covid 19 pandemic, Bharat  Petroleum, for example, used drones to monitor workers following social-distancing requirements.

On the other hand, SpiceJet Ltd had plans to use drones to deliver essential supplies. Therefore, we see an intensified shift in drone use, thus boosting the industry.

Who is Allowed to Import Drones?

The drone imports are allowed once there’s an authorization from the Foreign Trade Directorate General (FTDG).

Moreover, before the imports, consultations are held with the relevant ministries.

In addition, a drone manufacturer wishing to import drones for research and development needs to follow a similar procedure.

The Centre has clarified that importation of drone components is allowed and is, therefore, not captured in the ban.

There are two drone types to import in India:

Manufacturers, operators, and drone pilots may import drone parts and components through a foreign manufacturer. First, you should be authorized as an importer through the UA-1 form.

Once you’ve been registered, you enter a unique authorization code. You can choose to import drone components for three specific purposes; maintenance, research and development, and as a manufacturer.

As a manufacturer, you need to upload manufacturer authorization and certificate of airworthiness. For R&D purposes, applicants should enter a unique prototype identification for the drone.

You should do this alongside the research and development authorization.

Finally, the applicants must upload an Airworthiness Certificate and ownership authorization for drone maintenance purposes.

If they’re satisfied, you’ll receive clearance allowing you to import the drone components and parts.

Can You Import a Non-Compliant Drone?

No, there’s no permission to import non-compliant drones into India. There’s the requirement of an Airworthiness Certificate to import a drone.

Therefore, all Parrot and DJI drones aren’t allowed into India.

Accordingly, Nano drones are exempted from the NPNT regulations and don’t need registration. They have fewer restrictions than other drones, but they have altitude and speed restrictions.

In addition, the drones have a 100 meters transmission range.

Moreover, the civil aviation ministry came up with an Indian airspace map on the DGCA’s (Directorate General of Civil Aviation) sky platform.

It clearly shows the designated areas for drone operations with and without permission from the relevant government authorities.

We can subdivide the above systems further:

The unmanned aircraft are classified according to their weight as follows:

Can I Import DJI Drone to India?

Can I Import Toy Drone in India?

No, you can’t import any non-NPNT compliant drones to India. Furthermore, drones need a valid Airworthiness certificate before importation. Currently, you can’t import consumer drones due to the foreign drone import ban.

Is Drone Banned in India?

The Indian government, on Wednesday, February 9, 2022, banned importing of drones with immediate effect. Thus, the only drone imports allowed are research and development, security, and defense needs.

The ban targets to promote locally made drones, as stated by Ministry of Civil Aviation officials. However, importing drone components isn’t subject to any approvals.

Can I Bring Nano Drone to India?

The use of drones in India is allowed under the DGCA regulations.

Can I Bring a Drone to India From the USA?

Yes, you may bring nano drones below 250 grams from the USA. You can also bring those heavier than 250 grams but require a license that is sometimes challenging to secure. Moreover, have the propellers and batteries, together with the drone, to check in your luggage.

Can I Carry Drone to India From the USA?

No, you can’t carry a drone to India from the USA unless you have an authorization license. There is a drone restriction in India due to security reasons. Also, there’s an imposed ban on importing drones to India.

How Do I Get DGCA Import Clearance?

As an authorized importer, you should make an application in the form UA-6. Also, you follow up the form with the set fee required by the DGCA.

The import authorization comes from the DGFT (Director General of Foreign Trade).

How Do I Get a Drone Pilot License in India?

You’re required to have a minimum age of 18 years and a 10th pass certification before you can join a training school.

Additionally, you need a pass a medical examination as stipulated by DGCA. Also, a background check requirement by the concerned government agency.

The maximum age requirement for the commercial remote piloting license is 65 years.

Is Drone Allowed in Mumbai?

Drones aren’t allowed in Mumbai without permission. Therefore, you’d need authorization from the Mumbai police to fly a drone.

The police need to be aware of all information regarding the people concerned about flying the drone.

Additionally,  the police should know the purpose of flying the drone and how long you intend to fly it.

The Indian government, in the drone imports ban, does its best to encourage local drone manufacturing.

As part of the “Make in India” initiative, the government believes the importation of drones deters local manufacturing.

Thus, the ban intends to appeal to drone brands to manufacture drones in the country.

Here is a great video to end- 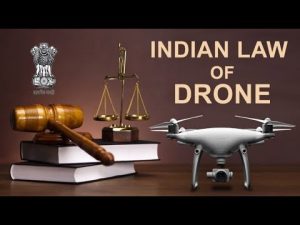 7 thoughts on “Can Drones Be Imported to India? The Bid to Boost Local Manufacturing”