Drone flying has become an exciting hobby. Due to their affordability, they are used as toys and play a significant role in aerial photography and filming.

Since it’s exciting to own a drone, it’s always tempting to fly it out of the box without knowing the dos and don’ts of flying a drone. Doing this increases the drone’s chances of crashing.

So, what are some of these mistakes you may be making?

You may be flying your drone without following the regulations in your respective region, flying out of the line of sight, and in areas with several obstacles. It’s also a mistake to fly your drone when it’s too windy or rainy. Wait until the weather is suitable for flying. You should also always conduct a pre-flight check to make sure the drone is okay to fly.

I will explain all these issues, and more, in detail and how to avoid them. Avoiding them is nothing complicated, though. It’s some basic stuff that you may have heard of in drone flying classes or online tutorials. But they will go a long way in preparing you for your first flight.

Are you ready? Let’s get started.

11. Not Conducting a Flight Check

Sure, some drone companies advertise that their drones can be flown right out of the box, but there are some aspects you need to check before flying. The most important one is updating the firmware.

If your drone doesn’t have a stable flight or has other internal issues, you can fix them by updating the software. You also need to check the drone for any physical damages.

Ensure the propellers are correctly attached, the motors are working, removing gimbal protectors if any.

10. Not Checking The Battery Levels

Avoid taking off if the drone’s battery isn’t fully charged. The drone won’t last as long as you’d expect, and you risk the battery dying mid-flight, causing the drone to crash.

It would be best if the drone also allowed you to monitor the battery levels to know how much time you have left.

The same case applies to the controller’s and smartphone’s batteries. Imagine losing the only way to control and monitor the drone.

To preserve a smartphone’s battery, close any apps running in the background, or any apps you don’t need at that time. It would help if you also considered purchasing several batteries, charging hubs, and power banks for an extended flight time.

Besides the battery levels, inspect the battery’s condition to make sure it’s not damaged. If there are swellings, dents, or any other physical damage, replace the batteries.

9. Consider the position of the sun

The sun is great for visibility, but it can also be a huge barrier. When in the right position, the sun can lead to some of the most outstanding photos. But if it’s on the wrong side, it cast a shadow in your images and even ruin your shots.

The sun can make it challenging to fly in the line of sight since you may have to stare at the sun. It also makes it difficult to view the footage on the screen.

Quick Tip- Always use Sun Shades for your controller if you are flying in sunny weather.

Don’t let the fancy features entice you to spend thousands of dollars on your first drone. Drones crash, often. And you don’t want to see your hard-earned money fall out of the sky before you even learn how to fly a drone.

Instead, start with a small entry-level drone. Luckily, several cheap drones have some impressive cameras, flight-modes, and battery life. You can go for more advanced once you gain more experience.

7. Sharing your drone and Flying Publicly:

Don’t get me wrong, sharing the drone is perfectly fine, but don’t transfer the drone to a friend when it’s in flight. If you want them to enjoy flying, land it first, and then let them take control.

When flying the drone for the first time, avoid parks, schools, parking lots, or any other areas with valuable property. You will be responsible for any damage or injuries your drone causes.

For some applications, like flying for pay, the insurance is mandatory.

Don’t let excitement get the best of you. You may feel you have to test the camera or other cool features your drone has, but you fail to check the weather conditions. The wind is one of the major destroyers for drones.

You may not realize it, but even though it seems calm at the ground, but it’s blowing at high speeds at higher altitudes.

Crashing isn’t the only reason you should avoid the wind. Wind also tends to drain the drone’s batteries. So, your drone may estimate how much time is left for you to fly back.

Due to strong opposing wind, the battery dies before the drone gets to the destination. If it forced a landing in the wrong area, you may never find it again.

Check weather forecasts, or even check the movement of tall trees to get the wind’s strength and direction. If you feel your drone is too light and can’t handle it, wait it out.

Besides the wind, temperature also affects drones when in flight. Most drones will state the range of temperatures that they can fly in. It shouldn’t be too low that it causes the drone’s internal parts to freeze or get damaged by moisture.

High temperatures also cause a decrease in air pressure. That’s why drones may be faster when there are cooler air temperatures.

Can A Drone Fly In Bad Weather? Click Here.

When flying the drone for the first time, you don’t know the orientation it will take. And if there are any obstacles around, it will easily crash into them. So it would be best if you flew in areas where you can see your drone at all times.

Wind will also easily through your drone into these barriers. It would be best if you looked for wide-open areas for your test flight.

The Return-to-home feature can be quite a nightmare when in areas that have barriers. Why is that?

You may be trying to be careful by flying at low altitudes. But once you launch the RTH feature, the drone shoots to a higher altitude.

If there are trees, the drone will crash directly into them. Some drones will allow you to set an RTH altitude based on the areas you’re flying in.

RTH works by automatically flying the drone back home in case of any issues. So if there are obstacles and your drone has no obstacle avoidance, it will crash.

And if you had not locked the actual position for the drone to fly back to, it may fly to other areas while attempting to fly back to you.

To avoid this, once the drone takes off, let it hover for a bit to lock in the GPS coordinates. You should also calibrate your drone with the following steps;

This helps it maintain a stable flight and position itself on the globe.

4. Flying Too Far From the Controller

One of the selling points for most drones is the operating range. This is not how far the drone can fly based on the battery, but how far it can maintain a connection to the controller.

If a drone states a 5-mile range, stay within that range. When the drone flies out of range, it will keep flying. And there’s no telling where it will land.

You should also avoid areas with interferences. As much as you would love to avoid them, interferences are inevitable, especially when flying the drone in FPV mode.

Areas with magnetic interferences, such as areas with power lines, cell towers, and large buildings, can interfere with your drone’s GPS. As a result, you lose control of the drone, and there’s nothing you can do to save it at that time.

3. Flying too close to the ground

Flying close to the ground looks easy and safe, that’s why you may gravitate to doing it when flying for the first time. However, it causes the drone to be unstable.

The Propellers push air down so that they can create a lift and maintain the drone in flight. This is also known as a propeller wash. But if you’re close to the ground, the air is bounced back towards the drone.

First of all, when you hover too low, the drone creates enough lift to stay above the ground, but not enough to fly. Secondly, this air is unstable. So it bounces in different ways, causing the drone to flip or lose control.

2. Having The Wrong Attitude:

That’s right. Attitude matters in flying drones. I was also surprised that the FAA does warn against some toxic attitudes that make drone flying dangerous for you and those around you.

They also teach them in the Part 107 Certification. Below are some of them.

Generally, you should have self-discipline. Follow the rules, avoid unnecessary stunts, and do your due diligence when choosing an area to test your drone. IF the area limits flying at certain altitudes, most drones will allow you to set that and prevent you from running in with the authorities.

Various regions have different regulations for UAVs. If you’re in the United States, the FAA is tasked with regulating the airspace, and they have some rules for UAV pilots to adhere to.

For starters, if the drone weighs 0.55 pounds or more, it has to be registered with them. Below is a summary of some of the other FAA rules.

You should also avoid flying in no-flying zones. Some drones have a geofencing feature that prevents them from flying in these areas. But if your drone doesn’t have this feature, maps for no-fly zones are readily available.

If you’re flying commercially, for instance, if you’re hired to film or take photographs, you’re under another set of regulations.

You have to get the Part 107 Certificate/license. You get this certificate by attending classes where you learn better ways on how to fly your drone.

Drone flying takes some time to learn. You can’t master everything in a day. Make sure you understand the regulations in your region and follow them, observe the weather conditions, avoid spending too much money on your first drone, and avoid flying in areas with obstacles.

Your attitude is also very important. Think about the consequences of your decision and practice patience. 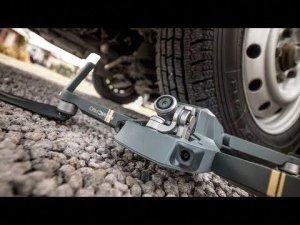