You’re out flying your drone, and suddenly, one of the drone motors stops working. The once stable drone comes crashing down since it needs all four motors (or more if you have a drone with more propellers) to maintain its balance.

Now this spells danger to people or property around the area at that time since you won’t have time to execute a forced landing.

The good news is that there might be a solution to this.

Researchers have found a way to stabilize a drone in the air even when one of the motors isn’t working. And this is through the cameras and a state estimation system.

Please keep reading to find out how a drone may still be able to maintain its flight after a motor fails.

How does drone stabilization work?

Generally, quadcopters have four motors that rotate the propellers to generate a lift and keep the drone in the air.

To maintain its stability, a drone uses devices known as gyroscopes. These are devices that rotate on an axis. They estimate the rotation rate of all motors and help position the drone when hovering and as it flies.

The gyroscopes are in constant communication with the drone’s computer/controller. There are also algorithms designed to adjust the drone’s stability based on the motors’ rotation. This includes controlling the rate of descent when you need to land the drone.

Besides gyroscopes, drones also utilize altimeters to estimate and maintain their altitude.

What happens if a drone motor fails?

When one motor stops working, a drone immediately loses its balance and starts spinning haphazardly. As a result, the gyroscopes can’t estimate the rotation making it more challenging to stabilize the drone.

If the drone has a functional GPS, it may help sustain the drone, but this may not always help. The drone has no option but to crash.

And if drones had a system like in planes where the other motors can still fly the drone even when one fails, that would be great. But unfortunately, we aren’t there yet.

How to Fix a Drone That Won’t Take off

The research was conducted by the University of Zurich and headed by Sihao Sun. Instead of using GPS systems (like an earlier study did), gyroscopes, or sensors, it uses cameras. So, how does that work?

Think of the first thing that happens when you lose consciousness in a familiar place. When you wake up, you start by analyzing the environment for familiar objects that may have been there before you passed out.

The drone was equipped with two types of cameras, an RGB camera, and an event camera. The RGB camera is designed to detect the changes in the environment of the whole frame at all times.

On the other hand, the event camera takes several photographs to track changes in terms of pixels. The researchers then used algorithms to help the drone reposition itself based on the last known place, and the pilot can safely land it.

This system may face some issues, especially when in dimly lit areas, but they managed to control the drone even in light intensities as low as 10 lux.

Unfortunately, it may not be possible to save the drone if two adjacent motors fail. When they get it close to the ground, they switch off the motors, and the drone can safely land.

According to him, the GPS-based innovation couldn’t manage this since it would be challenging to come up with actionable estimates for positioning due to the rapid spinning.

While this advancement has not been rolled out in drones yet, it’s a step in the right direction. Drone crashes are responsible for injuries and property damages, and motors are some of the first drone elements to get damaged in case of a crash.

Researchers believe that this innovation could help minimize the damages caused. But controlling drones isn’t the only area event cameras are being used.

Due to their ability to work in low lighting conditions, they can be helpful in recovery missions in dimly lit areas, drone racing, and even exploration on other planets. 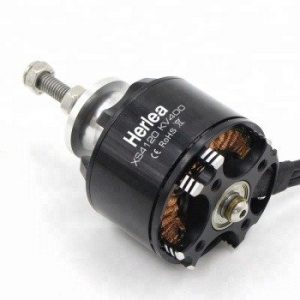